WHAT IS THE ADVANTAGE OF USING THE STEEL DETAILER?

THINGS YOU SHOULD KNOW

Quadro Design is an experienced design company who have been using SolidWorks for 17 years and have developed libraries and processes that they believe are as effective as you can get ...
This was until TSD arrived.

WHY A CASE STUDY?

The most common question is: What advantage does The Steel Detailer give over using stand alone SolidWorks?

Even some people inside Quadro Design, the producers of The Steel Detailer didn’t quite believe that there was an advantage. They thought that it just improved the steel detailing processes.

The belief was due to some projects taking longer than usual using TSD, but there was no real comparison, just a guess.

So we needed to change the thought process in our own company and better understand the benefits of using The Steel Detailer.

WHAT IS THE CASE STUDY?

The process to do this is quite simple and is as follows:

HOW WAS THE CASE STUDY COMPLETED 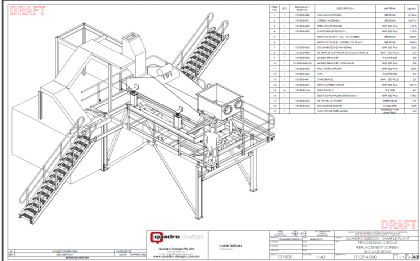 The two SolidWorks users where placed in a separate uninterruptible environment with two computers side by side. Both has the same specced laptop computers. Two screens linked to each computer were positioned in front of a camcorder to record the 4 hours.

Jack de Blank modelled the concept model which comprised of the stair, platform and a basic chute at the rear of the existing screening station. This was to be used as an example only.

Each person created a process of completion and submitted it prior to commencement of the study.

You can view them here:

Each 15 minutes a snapshot was taken. The following images show the snapshots at one hour intervals.

It became very obvious that The Steel Detailer model had progressed way in front of the Standard SolidWorks modelling processes from the start.

A further 15 minutes was added to the 4 hours to tidy up and finalise the drawings.

The assessment of work completed is as follows: 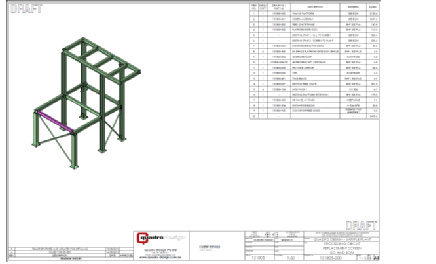 The basic frame, columns, floor beams where completed along with cleats for bracing, columns and beams as shown in the image to the right. There was only one drawing submitted as shown to the right. 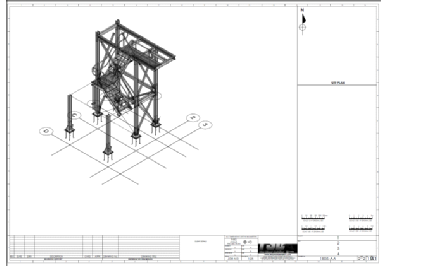 The frame was almost completed. Stairs where added, major bracing, columns, floor beams including cleats, grating, handrailing. An estimation of 80% more modelling had been added to the project than the SolidWorks Model.

The big advantage was the 109 drawings behind the process that The Steel Detailer did.

There was in the following list of drawings submitted 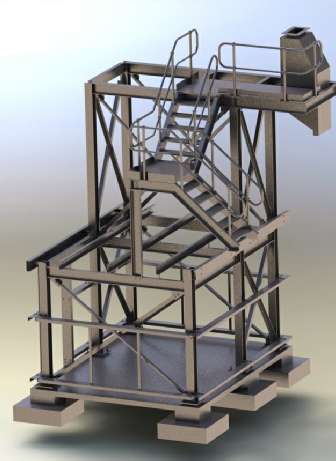 Quadro Design concluded that The Steel Detailer was at least five times faster and efficient than using SolidWorks alone. It was evident in the 80% more modelling of the project and the additional 108 drawings that TSD had created way before the SolidWorks user had even begin to think about.

The final completion of the Project was completed by Michael Crawford using The Steel Detailer. It took a further 12 hours to complete the project. A final 150+ drawings including General Arrangement Drawings, Holding Down Bolt Drawings, Purlin and Girt Drawings.

The Completed Project took 16 hours in total to produce the deliverables. Now ask yourself, why would you continue using the standard processes when The Steel Detailer is available to increase your processes by five times? 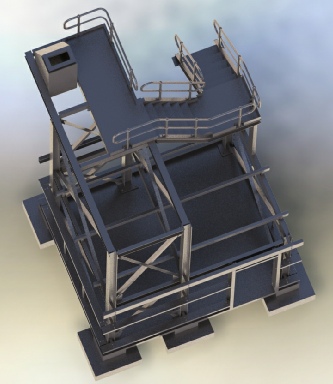